Let’s talk about Moolah matters and why it’s more than just money because of its value in daily life.

Money has definitely evolved over the years and it’s part of life, it’s a piece of paper they say that has the power to control someone’s life. Learn how to make money work for you instead of letting yourself work for money.

Too many people spend money they earned..to buy things they don’t want..to impress people that they don’t like. – Will Rogers

Did you know that the word ‘moolah’ means ‘money’? Moolah or money has been part of human history for at least the last 3,000 years. Money wasn’t that popular before mainly because people were reliant on the system of bartering which was the oldest way of doing business back then. They say money makes the world go around but there’s so much that we don’t know about money. So, let’s give you 6 fascinating facts about money that you should know.

1. The oldest form of currency in the world are cows. As far back as 9,000 BC, people were trading cattle for the goods and services that they needed!

4. You know how people refer to a dollar as a buck? Well, that originated before dollar bills when people used to trade animal skins for the goods and services they needed such as deer and elk bucks, hence the term, buck.

5. A common misconception is that money is made out of paper when in fact it’s a blend of cotton and linen so it’s actually more of cloth than paper.

6. Cryptocurrency is the future of money. Money has gone digital and is gradually rising over the years.

There’s more to this list but this is enough to cover for now. Money, all by itself, has no genuine worth; it can be a piece of rock, a metal coin, or a piece of paper. Its symbolic value is reliant on the importance individuals put on it. Money determines its worth through its functions: as a medium of exchange, a unit of measurement, and a storehouse for wealth. It’s not about the cup but rather the tea that’s in it.

Do you want to be smart with money? Now that you learn a little bit more about Moolah let’s take your moolah matters to the next level by using Moolahmore. It’s an online accounting software that lets you record your income and expenses to keep your finances in tip-top shape. What are you waiting for? Get started with your free trial today. 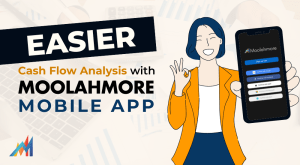 Moolahmore is a financial management app that makes it simple to keep an eye on and manage your finances. With Moolahmore, you... 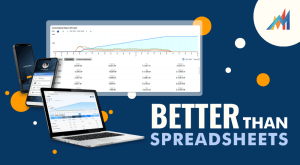 This blog post will discuss some of the common issues you face when using spreadsheets for accounting and why it... 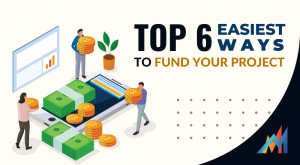 No shocker here—most businesses get excited about starting and launching a new project idea. However, bringing that project to life...

Subscribe now to get Moolahmore updates and announcements.
(Don’t worry, we won’t spam you!)

Moolahmore is an accounting application that ingests real-time transaction data relevant to cash flow, to facilitate analysis, management, and projection.